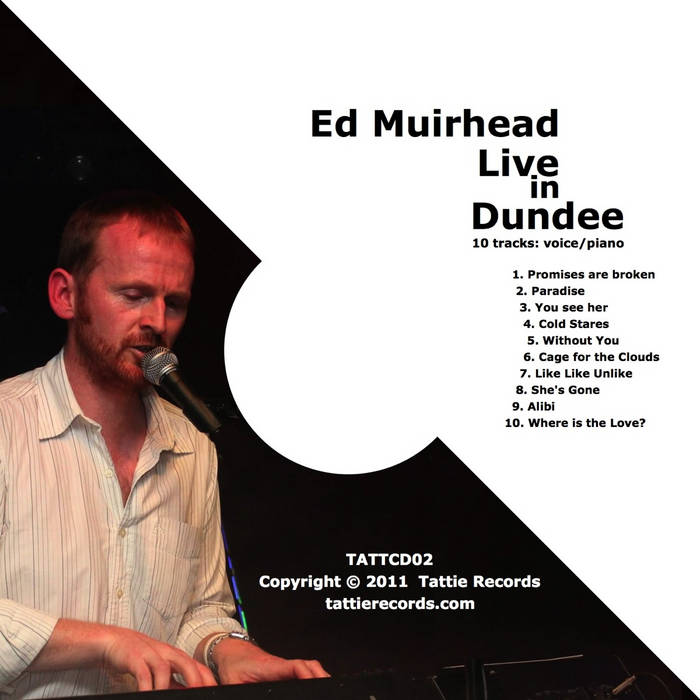 In July 2011 Ed was invited to open the show for The Violent Whispers at their EP Launch gig. The gig was at Dexters, (Castle Street Dundee), and Ed played solo for 45 minutes to set things in motion.

The good-sized crowd were impressed with the songs, cheering and adding some banter. The audio was recorded digitally on the mixing desk, and ten original tracks from the set are available as Ed's first live album.

The tracks are provided entirely as they were performed, no edits or corrections have been made.

Bandcamp Daily  your guide to the world of Bandcamp